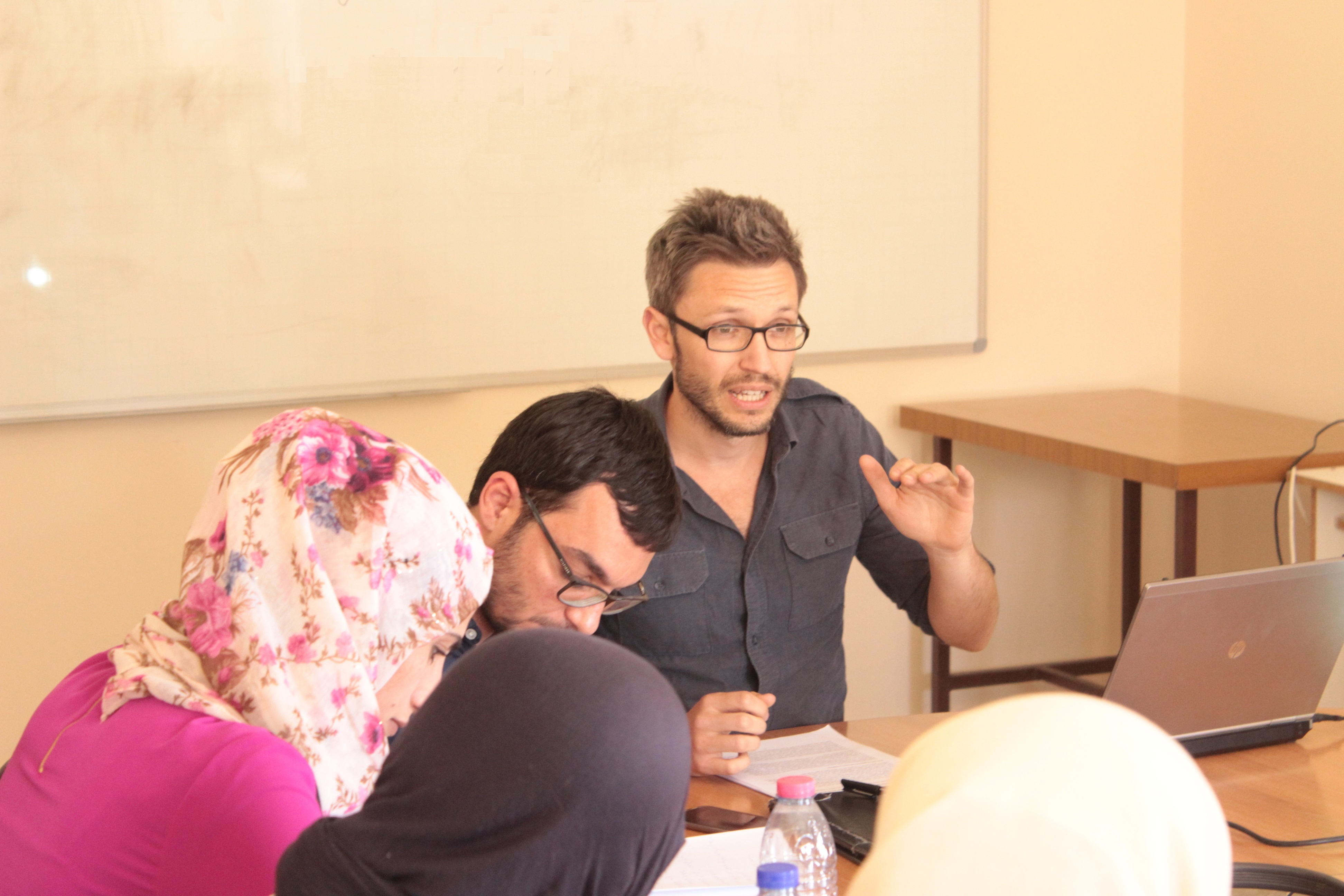 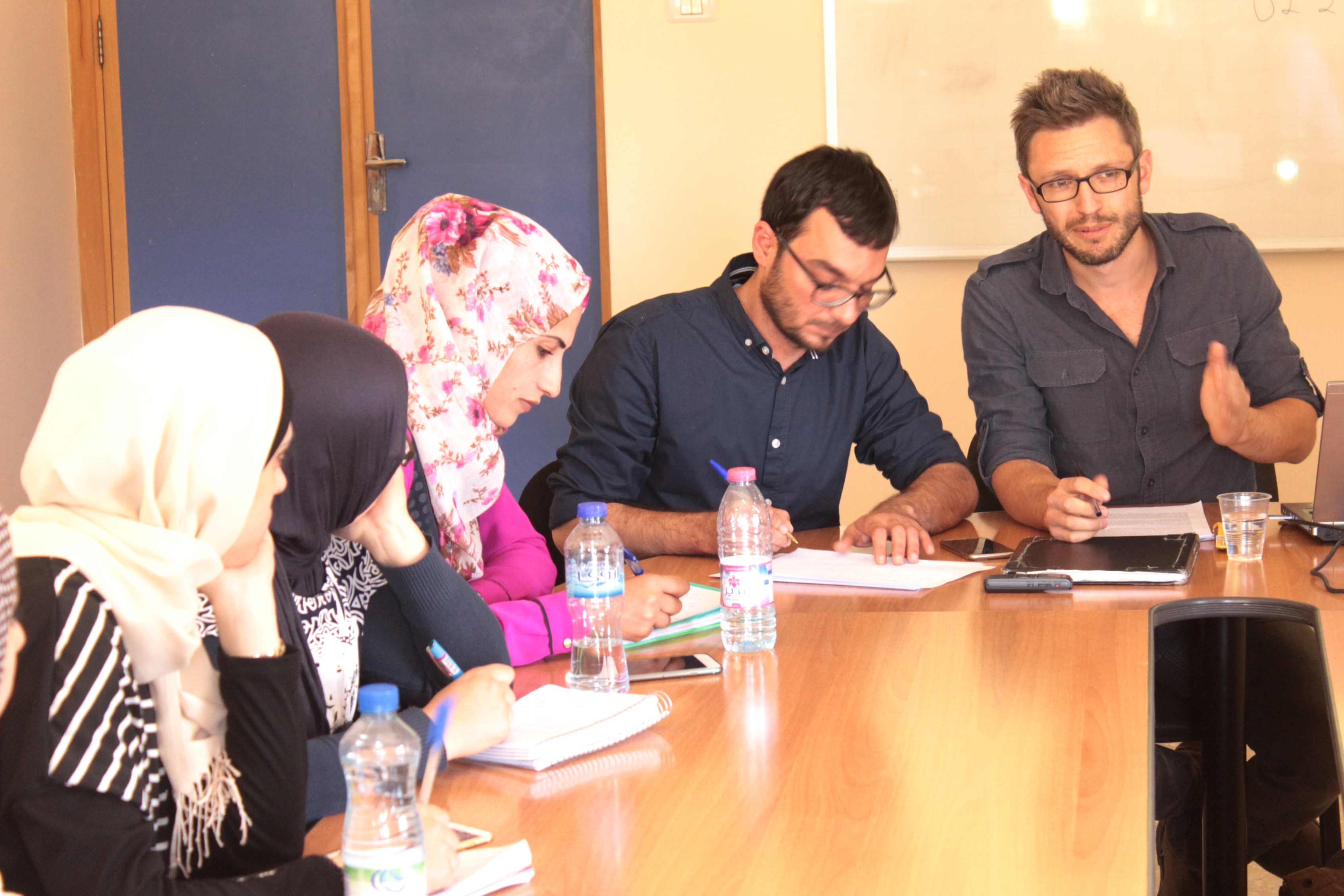 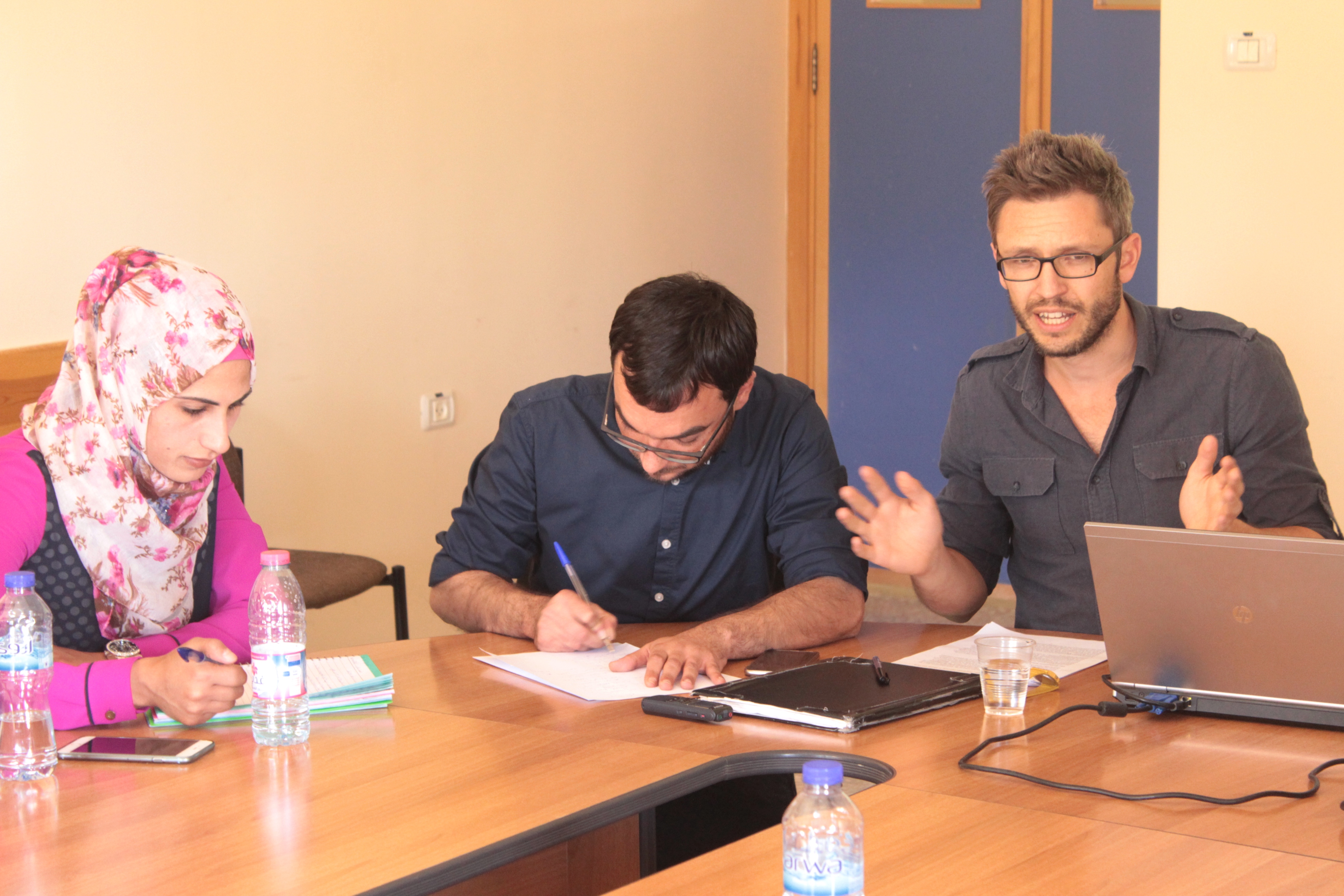 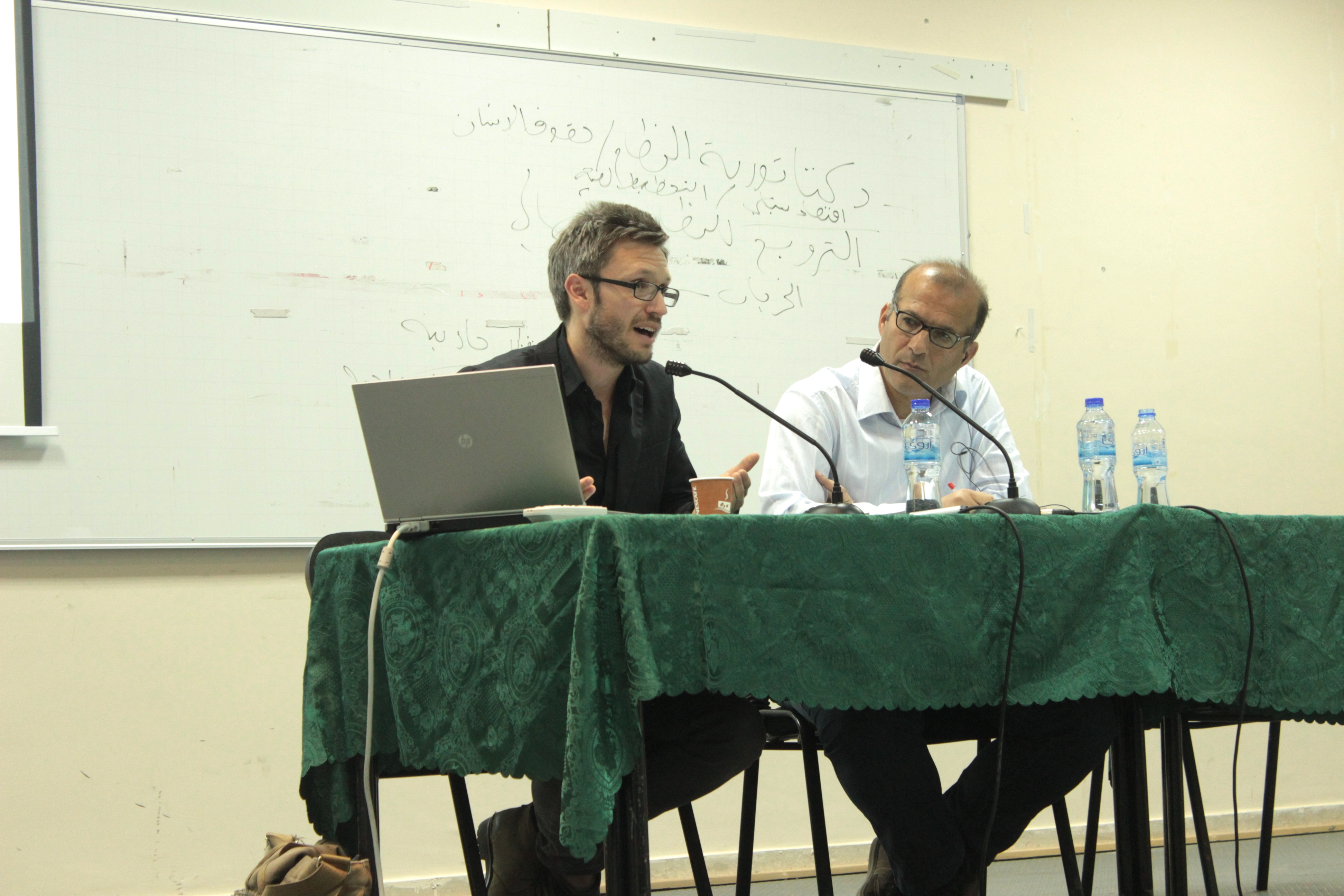 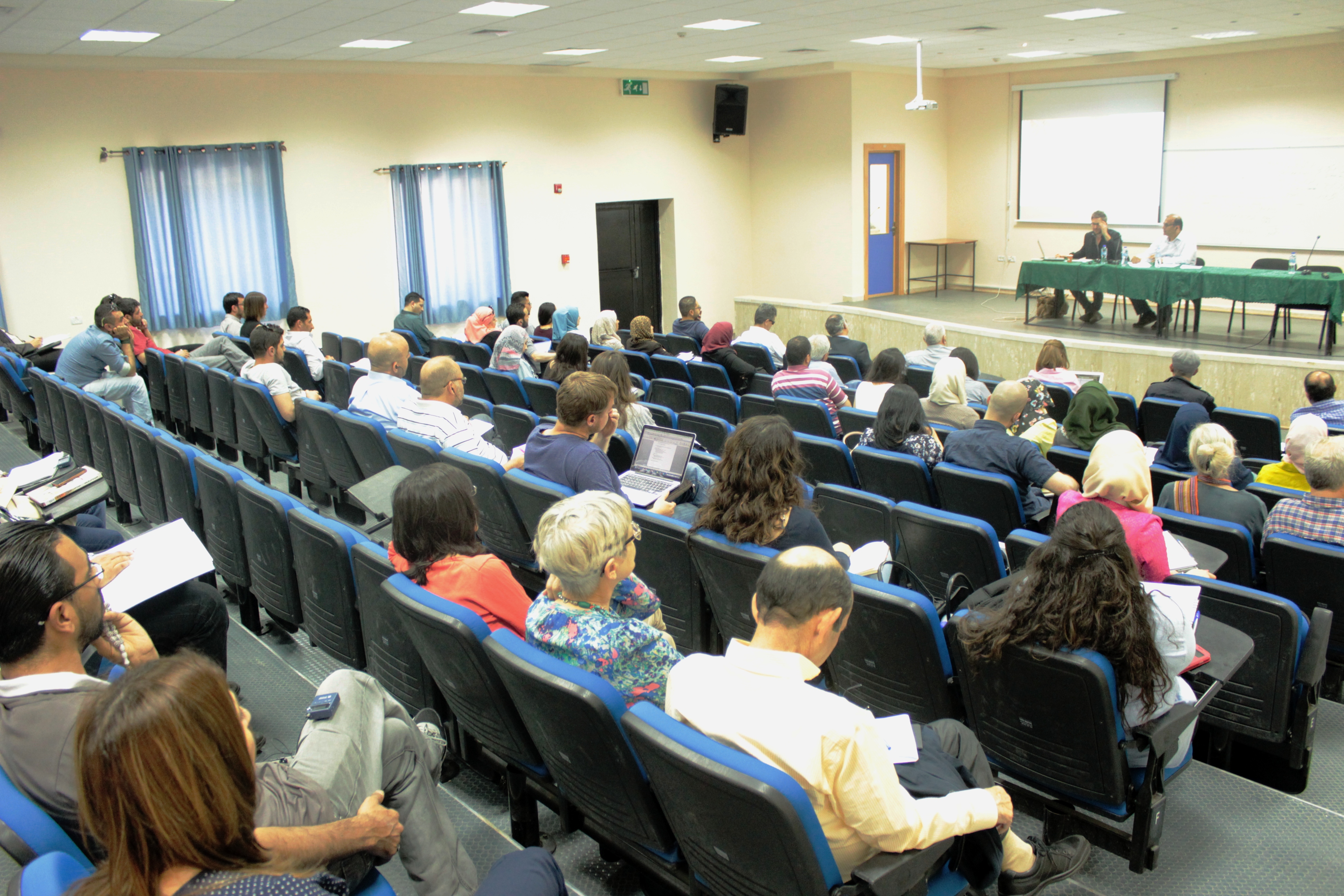 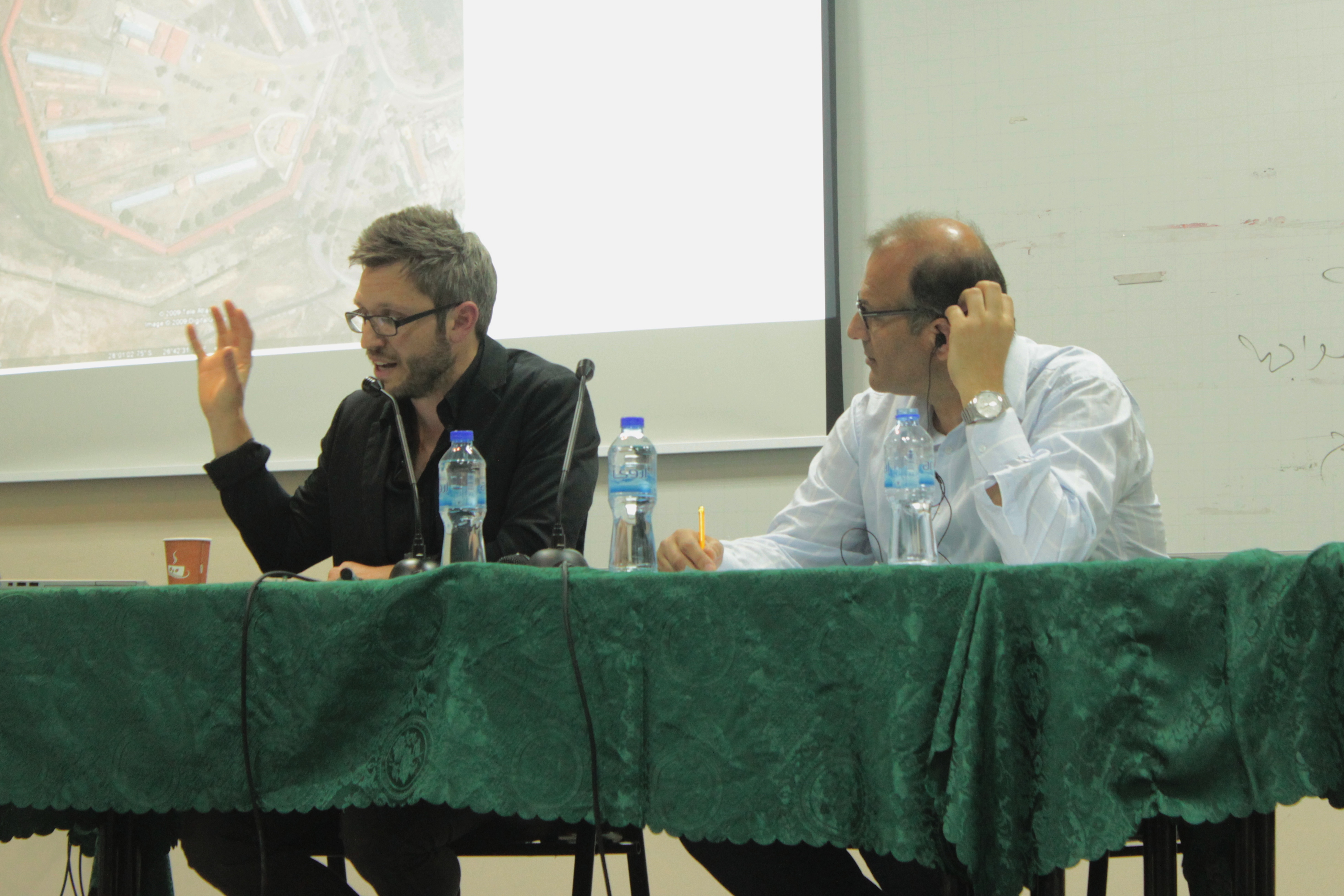 Ibrahim Abu Lughod Institute for International Studies, in coordination with the Council for British Research in the Levant, hosted Dr. Jason Hickel, anthropologist at the London School of Economics, for a week, where Dr. Hickel gave a series of lectures on international development and political economics.

A lecture entitled “Rethinking Development: How the Aid Industry Misses the Point about Poverty” was held by Dr. Hickel at both Al-Quds University on April 18 and Birzeit University on April 19. In his lecture, Dr. Hickel pointed at the colonial and neoliberal legacies and their role in increasing poverty rates in the third-world countries. He clarified that “poverty is not caused primarily by domestic failures, as aid agencies would have us believe. Rather, it is the inevitable outcome of a global economic order that is designed to serve a small number of rich countries at the expense of most of the rest of the world.”

Dr. Hickel also held a public lecture at Riwaq Center and at Birzeit University, on April 20 and 23, on the “Coloniality of Power in South Africa,” offering a comprehensive approach on the real logic of apartheid which aimed to force Africans off their lands and impose them into “independent” mini-states or Bantustans, where control was outsourced to black authorities. Dr. Hickel explained that this system of indirect rule offered more efficient political control and a way to “divide the black population by ethnicity, while the internal migration system provided enormous economic benefit in the form of cheap labor.” In the case of Palestine, Dr. Hickel talked about the apartheid analogy, emphasizing the idea that  the Israeli apartheid is about the legalized discrimination, settler colonialism and forced displacement, but the deep logic of this system is first and foremost about indirect rule.

On April 21, Dr. Hickel gave a lecture for the PhD students in Birzeit University on how to adapt a research design to fit the emergent realities of fieldwork, drawing on his own experience of ethnographic fieldwork in South Africa.

Dr. Jason Hickel received his PhD in Anthropology from the University of Virginia in 2011. He specializes on globalization, finance, democracy, violence, and ritual, and has been engaged in ethnographic and archival research in Southern Africa since 2004.