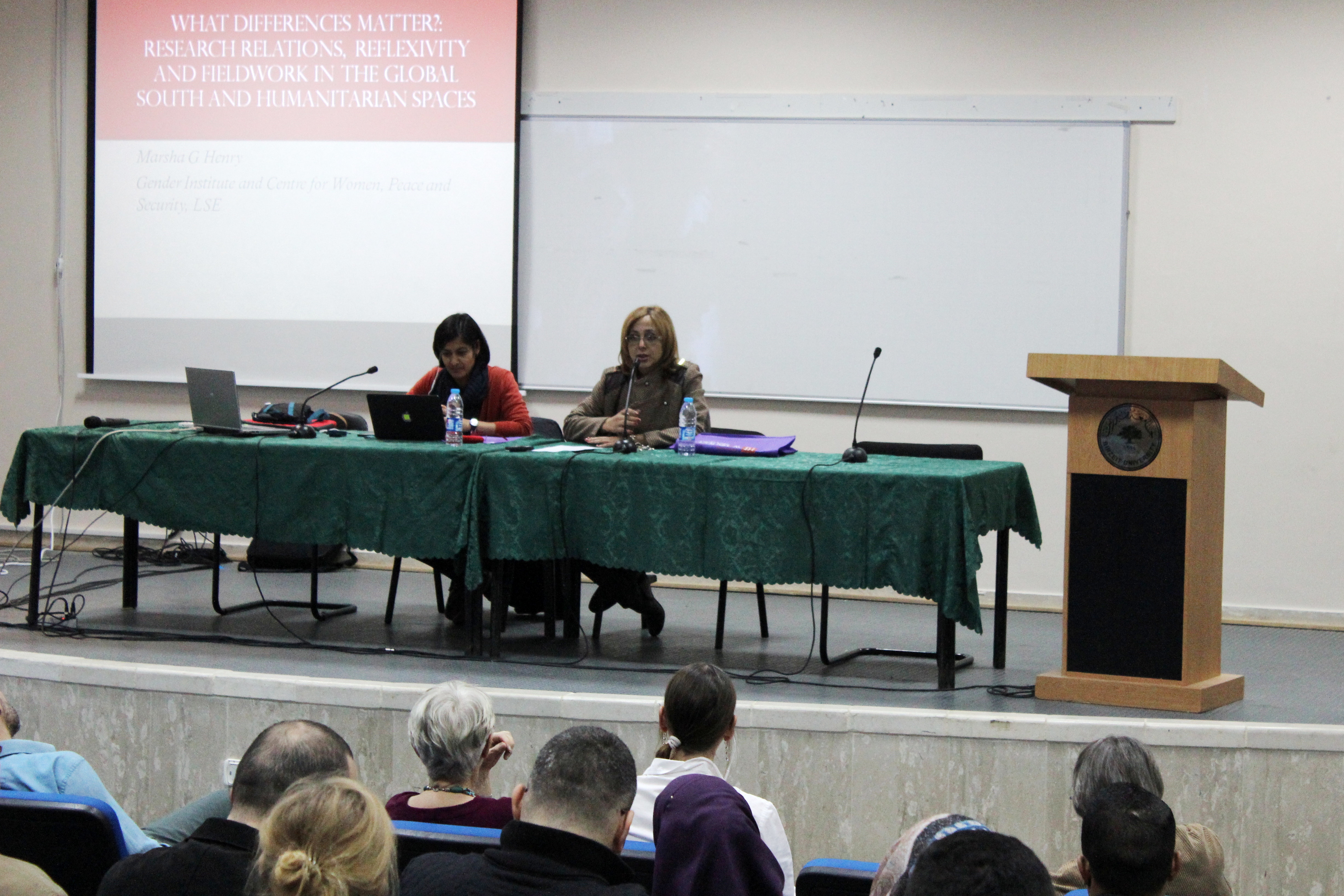 As part of the "Advancing Research and Teaching in Political Economy in the oPt", visiting professor Marsha Henry, a professor in the Gender Institute and Deputy Director of the Centre for Women, Peace and Security at the London School of Economics, spoke at Birzeit University, in March 29-30, 2017, in lecture series by Ibrahim Abu Lughod Institute for International Studies and the Council for British Research in the Levant.  Henry’s talks tackled the issues of gender, security, militarization and qualitative methodologies.

In her lecture “What Differences Matter: Research Relations, Reflexivity and Fieldwork in the Global South and Humanitarian Aid Spaces”, Dr. Henry discussed the changing role of female academics and scholars in different arenas, and how researchers tackle feminist issues.

“Most researches that feminist studies focus on oral history and qualitative interviews, and often neglects the political aspect of feminist researchers. However, in the past few years the stereotypes of muscularity and femininity in researches have decreased, and females got more attention and deeper analysis.”

Henry assured that gender is about different axis of identity such as ethnic and racial differences.  She alluded that not anticipating about ethnicity and gender could be factor in a female ability to gain access and conduct work.

Henry started from the work of earlier black feminists, Kimberlé Crensha who developed the term intersectionality to critique the ways in which race and gender were treated as “mutually exclusive categories of experience and analysis. She pointed out that  intersectionality – which has become more structured as the understanding that subjects are constituted through intersecting, overlapping, and multiple strands of identity – has been widely taken up within and beyond feminist theory as a concept, methodology, and a tool.

“Using feminist methods to explore and study societies where militarization is sustained and resisted, reveals a complex politics of diffusion at work in a range of everyday power relations.”

Based on her studies, Dr. Henry said that vulnerability among men who live in conflict contexts, such as refugee camps, are in so much pressure to present their full masculinity, and they are either subject to different ideology orientations, and therefore they act violent or are subject to acts of violence.